Four Weddings and a Break Up by Elyssa Patrick 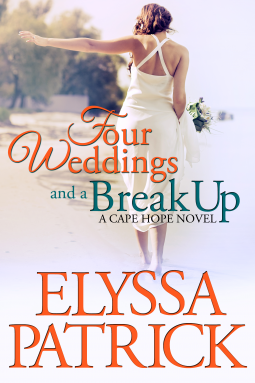 Four Weddings and a Break Up by Elyssa Patrick

Have you ever been worried about a student bringing a gun to school? To Ginny, that was real. She was shot by her student and that changed her life. A year later, she was still struggling with guilt. One night, she had a one night stand (if you can call it that) and Wes is now determined to help Ginny through the pain and show her that she is not to blame.

This book was great all the way through. The pain and torment that Ginny feels on a daily basis radiates off the page and feels very real. There were several times that I was so caught up in the story that I forgot it was a book! There was humor as well and I loved how Ginny and Wes met. Watching their relationship grow was fun and entertaining. All of the characters were well written, and believable. I personally really enjoyed this book and did not want to put it down, I encourage you to read it and let me know what you think of it!

***This book was given to me by the publisher in exchange for an open and honest review***
Posted by Unknown at 10:00 AM